How Does A Driving Record Impact Car Insurance?

The short answer is that your driving record can impact your car insurance in a big way. If you’re aggressive or inattentive behind the wheel, with a bad driving record, insurance will be more expensive. Also, every speeding ticket, blown stop sign, and fender bender you’re involved in tends to add up. However, if you happened to be a dangerous driver and were perhaps busted for DUI or maybe a hit and run, the insurance company will drop you. So, the question is, what can you do to ensure a low rate or at least avoid the next rate hike?

How Does The Insurance Company Know You’re A Bad Driver?

All motor vehicle information you’re involved in tends to be tracked via your driving record depending on the state you’re licensed in. The point system is used in most US states, which codifies the various severity levels of a violation to track how bad of a driver you are or have become.

You will get points for a moving violation(s) when something is illegal or you have been driving dangerously since they can cause more harm compared to other violations. The lesser violations, such as driving with a busted tail light, a parking ticket, or failure to have insurance information in your vehicle, are only going to result in a fine.

Most drivers already know that moving violations will differ in their severity. For instance, driving at 15 miles over the speed limit will get you a few points. However, 30 miles may get you more points. The formulation used by each state is different but remember: if you rack up points within a certain period, say 18 months, the state can suspend your license. New York state, for instance, will suspend your license if you get 11 points within 18 months. In California, if you get four points in a year, and six in two years, or maybe eight in three years, your license will be suspended.

The threshold at which your license will be suspended is different from the type of car insurance you get. However, it does affect the rates you are offered because a dangerous driver means higher risk for the insurance company.

Points And The Insurance Rate

Insurance companies tend to run a check to find out what type of driving record you have when applying for a new policy. However, they rarely check when you want the policy renewed. In other words, there is a world of difference between your driving record when you already have insurance and when you’re applying for new insurance or maybe switching insurers.

In most instances, a few minor violations will not show up on your insurer’s radar. However, the major ones will show up, usually ones that cause damage and lead to insurance claims; that’s how the insurer finds out about them.

That means the best way to ensure that you never have to deal with a hike in premiums is to keep your driving record clean.

Contact Us today to get a free quote comparison on your auto insurance from multiple providers. 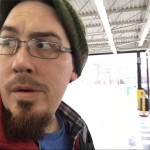 James Little has been proudly serving Fort Worth and the Greater Tarrant County Area since 1997 as a licensed independent insurance agent.